Skip to the content
A Lot of What You Fancy

The Scariest Time of My Life 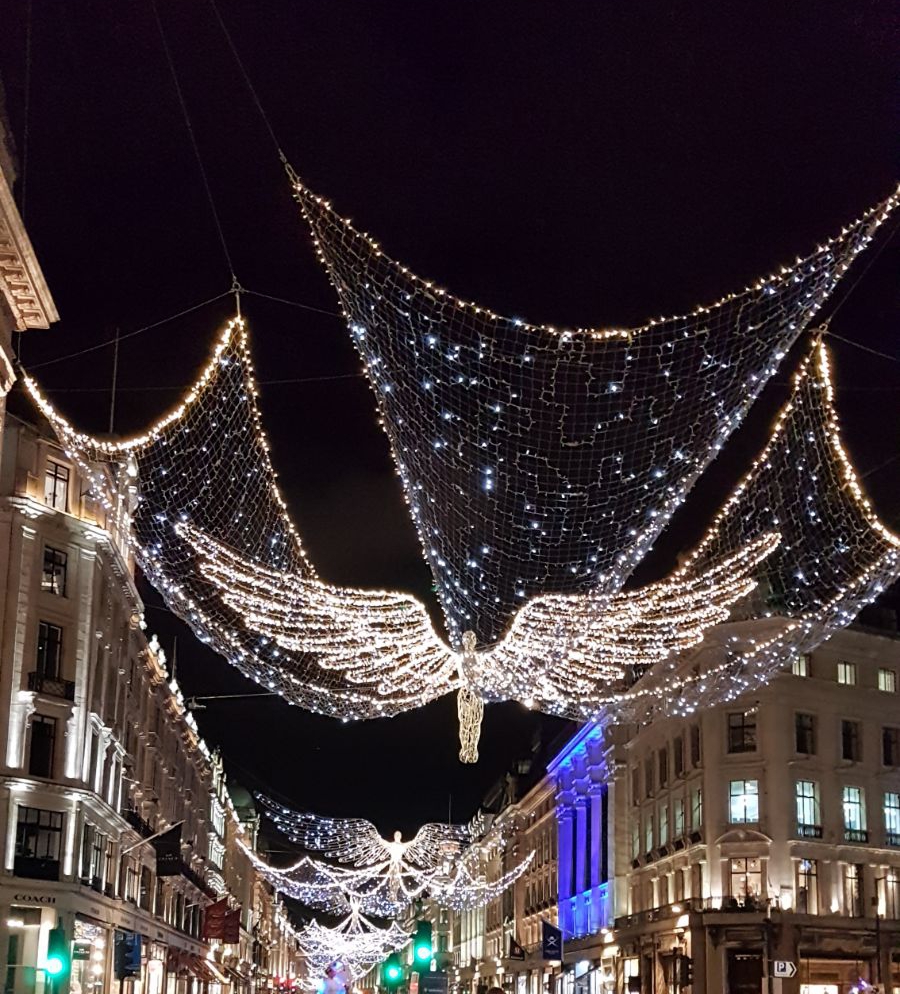 When you’re going for an interview, you’re nervous. If you’re not a fan of flying, you’re probably anxious for what’s ahead. What I experienced on Friday evening was the most terrified I have ever been in my life. I thought I’d tell you the story.

It was the first day of our 4 day weekend in London. I was in the big smoke for my boyfriend’s work Christmas party. For the past hour we had been enjoying drinks in All Bar One close to the back of Selfridges on Oxford Street. We got up to leave the table as it had been reserved from 5pm. As we did so, in what had not been the busiest bar in the first place, we noticed 4 or 5 tables near to us started to clear all of a sudden. But they were not actually leaving the building.

Everything I remember next happened within the space of 5 seconds or so. We thought it was strange how many others were getting up to leave at the very same time. I looked out of the windows, we had been sat in the window seats, and noticed people running down the street. It was a quiet back street, if you like, so it wasn’t as lit up as what Oxford St would have been. I couldn’t see faces. Just silhouettes. Then, the Manager of the bar (I’m guessing he was the Manager) shouted, “Everybody get to the back of the bar”. He kept repeating this. Whilst this was going on, more and more people were running in to the bar. We were all quite calm at first, other than the people who were running in. They were scared. They were crying. We didn’t know why. But of course, after what has gone on this year in London and around the world, our minds were turned to the worst thoughts possible. My heart was pounding. The place was filling up. Crammed in, two thirds of the building was full of people. Myself, Joe and a friend were at the very front of this sea of people.

There is a wide pillar in the middle of this bar and we chose to hide behind there. Our minds were going in to overdrive. We were thinking the worst. My hands were shaking as I was trying to ring my Mum and my Sister to tell them where we were. They knew where we would have been around that time that day. They didn’t answer. Most people in the bar were on their phones and trying to ring friends and family and so I’m guessing that was the reason why we couldn’t get connected when I tried again.

A girl in her twenties ran in crying, someone mentioned a bomb. Others mentioned gun shots in Selfridges. Whatever was going on outside, we were scared. As more people were coming in, we got moved further and further back and eventually ended up in the very far corner. I’m not someone who is normally claustrophobic but I felt it there and then. The toilets were downstairs and people had been told to go down there and so as that space filled up, the staircase filled up too and you just became enclosed in a small space but you knew you needed to stay where you were.

We got stood next to another young couple from Manchester. They were scared too. Trying to keep things as normal as possible, we all tried to ignore the what some people around us were saying. “10 shot dead in Selfridges” was one. I told her it will just be Chinese whispers, don’t worry.

The couple were down in London for their anniversary and were doing a spot of shopping. We talked about how the North was a great place and they should try Sheffield for shopping. Looking back, why on earth would we say that when they’re from Manchester, a fab place to shop!

All this time, we were told to stay where we were. The updates via Twitter from the Met Police were advising to stay where you were. As the minutes went by, we found out something had happened in or around Oxford Circus. A fight? But what about Selfridges? This couple had ran out of the beauty department after hearing “gun shots”. They weren’t the only ones. Staff from Selfridges were in there too. We had seen that Olly Murs was trending on Twitter for saying something about gun shots too. Why would you not believe these people? All I knew was it was chaos and something must be going on.

50 minutes went by. 50 minutes in the corner, stood like sardines in a can. The floor felt like it was swaying. Like I was stood on a ship. I hate boats and ships and I didn’t know if it was the fear getting to me but the girl from Manchester said she felt it too. A Chinese man was stood to the other side of me. He was only our age and hadn’t spoken a word the whole time. I turned to him and asked if he was OK. He just said yes but made it obvious by pointing to his mobile that he was struggling to get a signal to ring friends/family. We offered for him to use one of ours. The small things seemed to make the world of difference. The bar staff were handing out pints of water to people. We were all in the same boat. Not quite knowing what was happening.

By this point we had hooked up to the Wi-Fi in the bar and were relying on friends to update us on WhatsApp whilst they watched the news.

You might find our next move a little brave, maybe stupid, but after almost an hour, we decided to try to leave. At first we hadn’t been allowed. I think the bar had been locked although can’t be sure as we were so far back. We just wanted to get out of the area. I’d left my suitcase at Joe’s office on Oxford Street so there was no way we were going back for that. We planned to pick it up the next morning. We said bye to the Manchester couple. It was weird leaving them. Telling eachother to stay safe. Staring at each other in the eyes. Such a weird moment between us.

Leaving that bar was nerveracking. I held Joe’s hand so tight and he just kept telling me to try and relax. We walked really fast away from Oxford Street. After about maybe a mile, the three of us really needed a stiff drink. The left hand side of my chest was hurting from my heart beating so fast. There were people eating meals out on the street outside restaurants like they didn’t know what had been happening around them. They obviously didn’t. I felt glad for them. They didn’t need to feel how we had.

As time went on I felt calmer and what had just took place felt somewhat surreal.

I dont think anything serious actually took place. I’m happy to hear this. But the hysteria was horrible to experience.

I’ve had a busy weekend since then and have thoroughly enjoyed myself with friends. I love London and always will. Fear grabbed us that night and if I’m lucky I’ll never feel like that again.

You can see the fun that we have had on my Instagram and I’m also a casual Tweeter too.